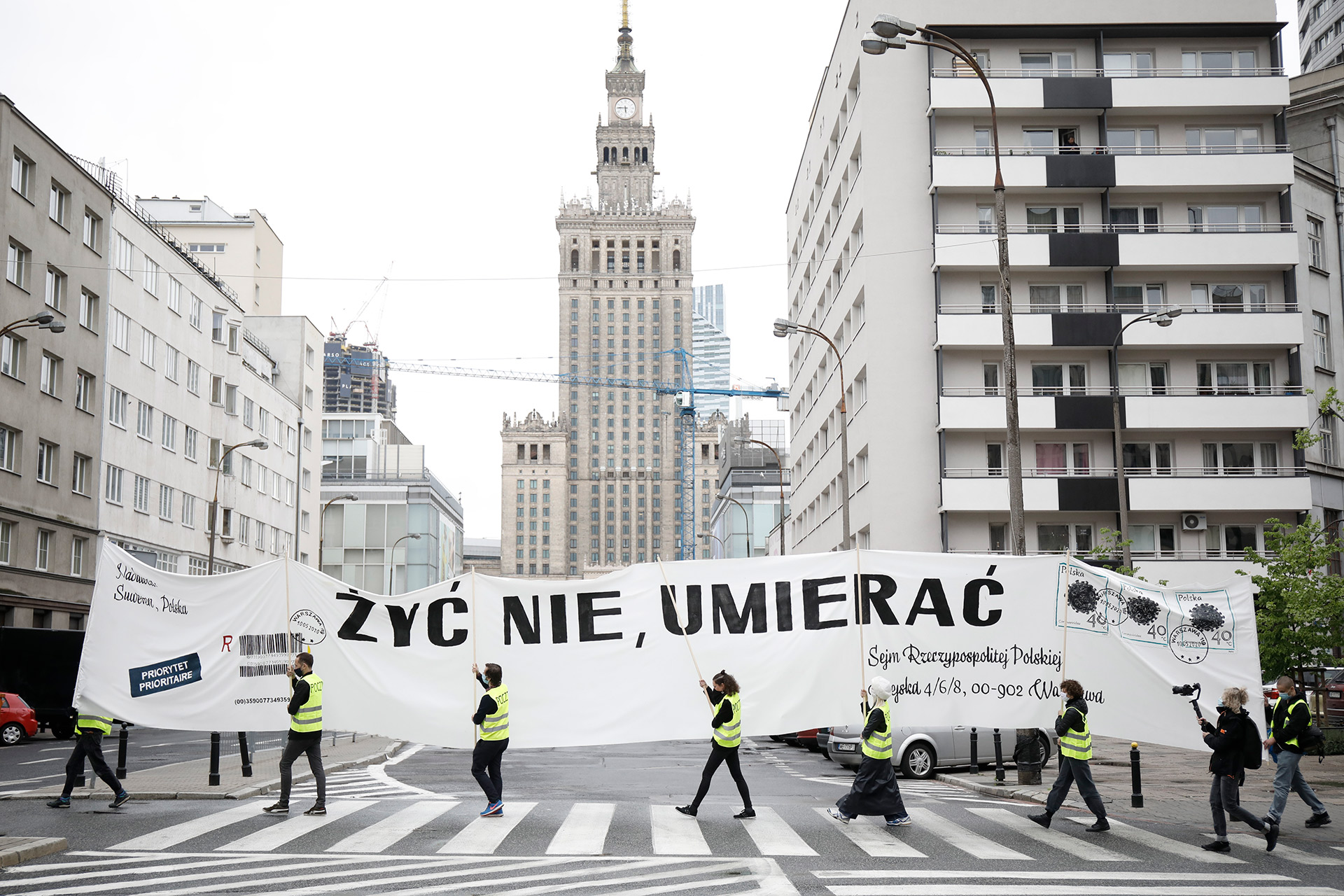 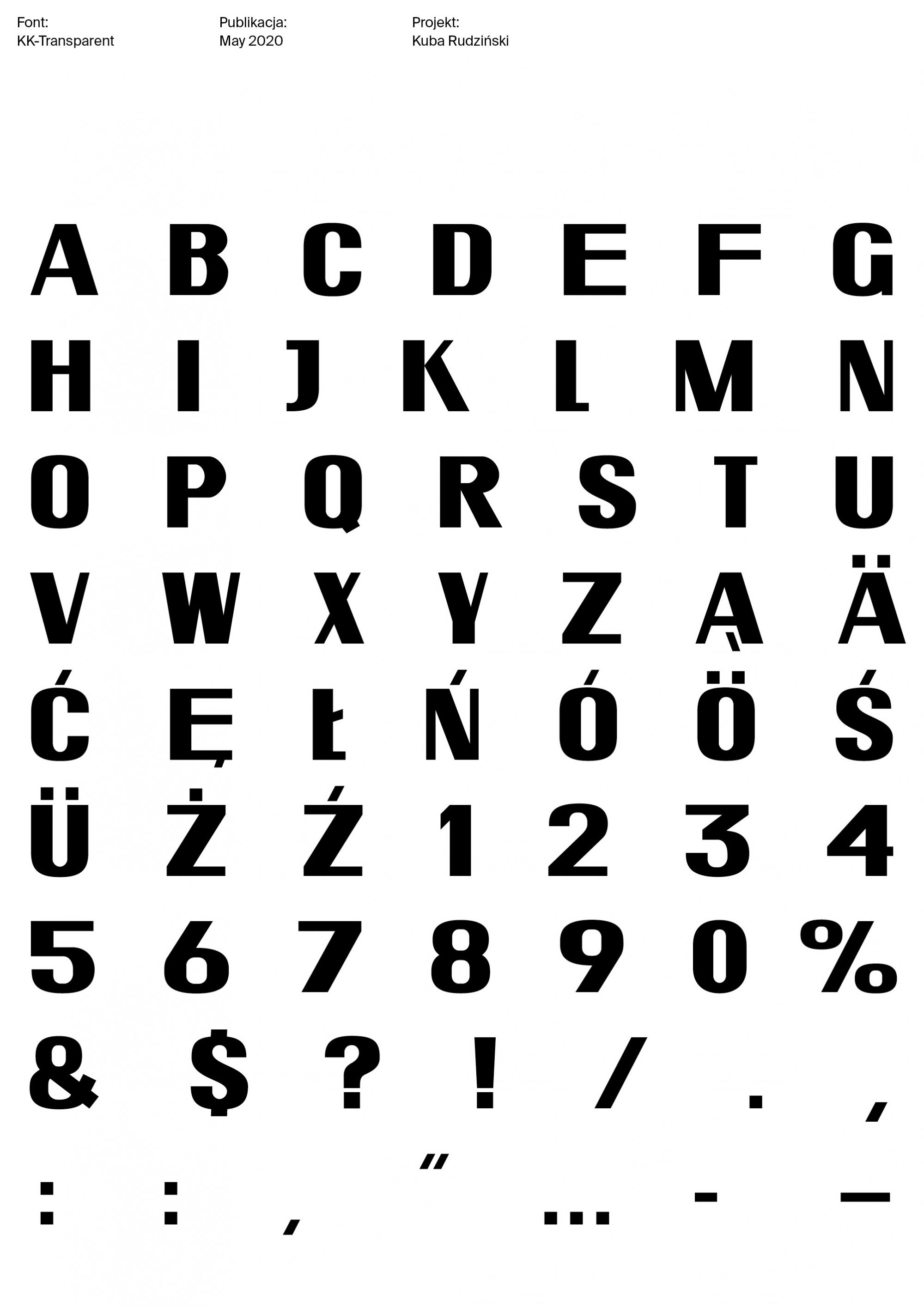 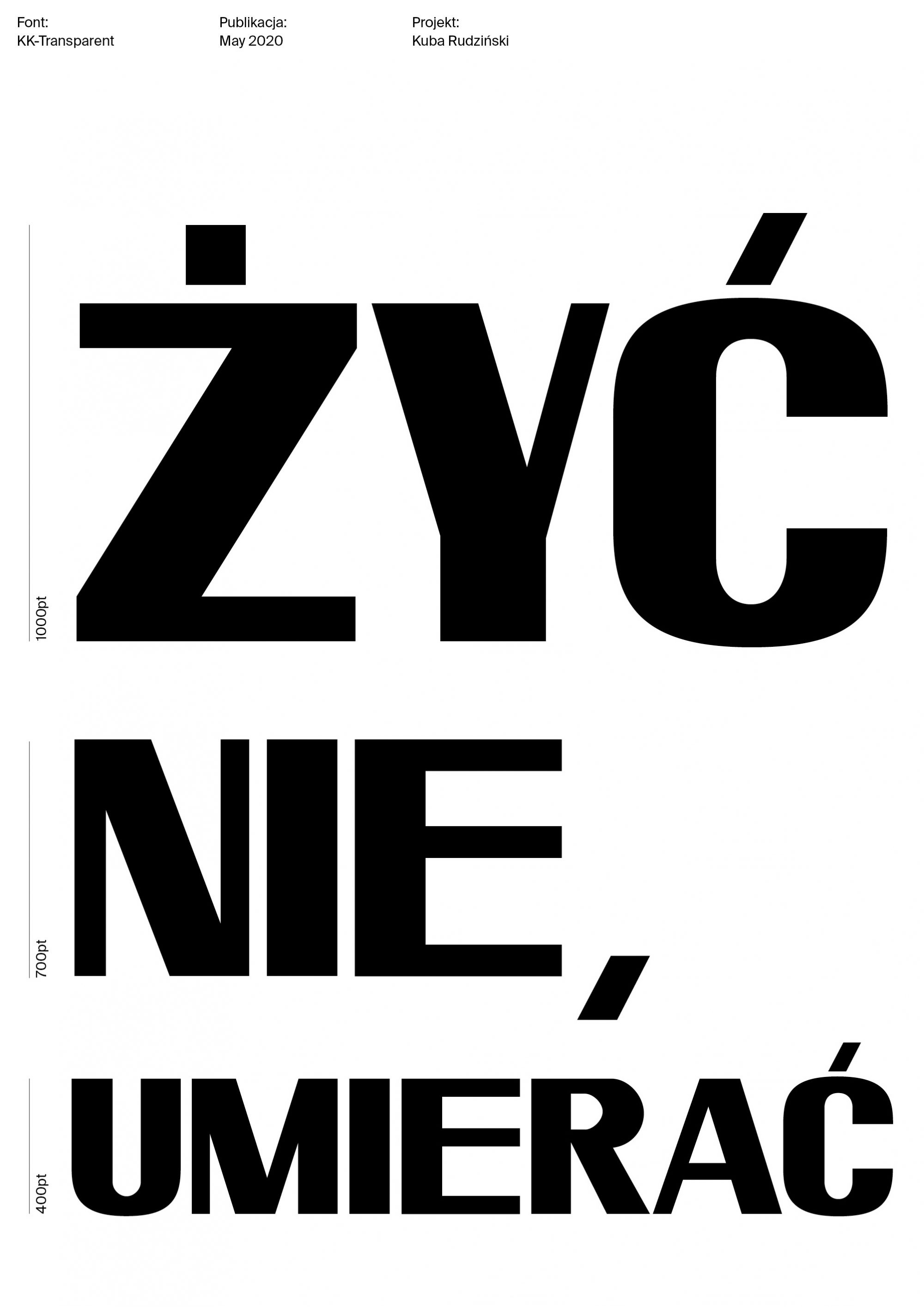 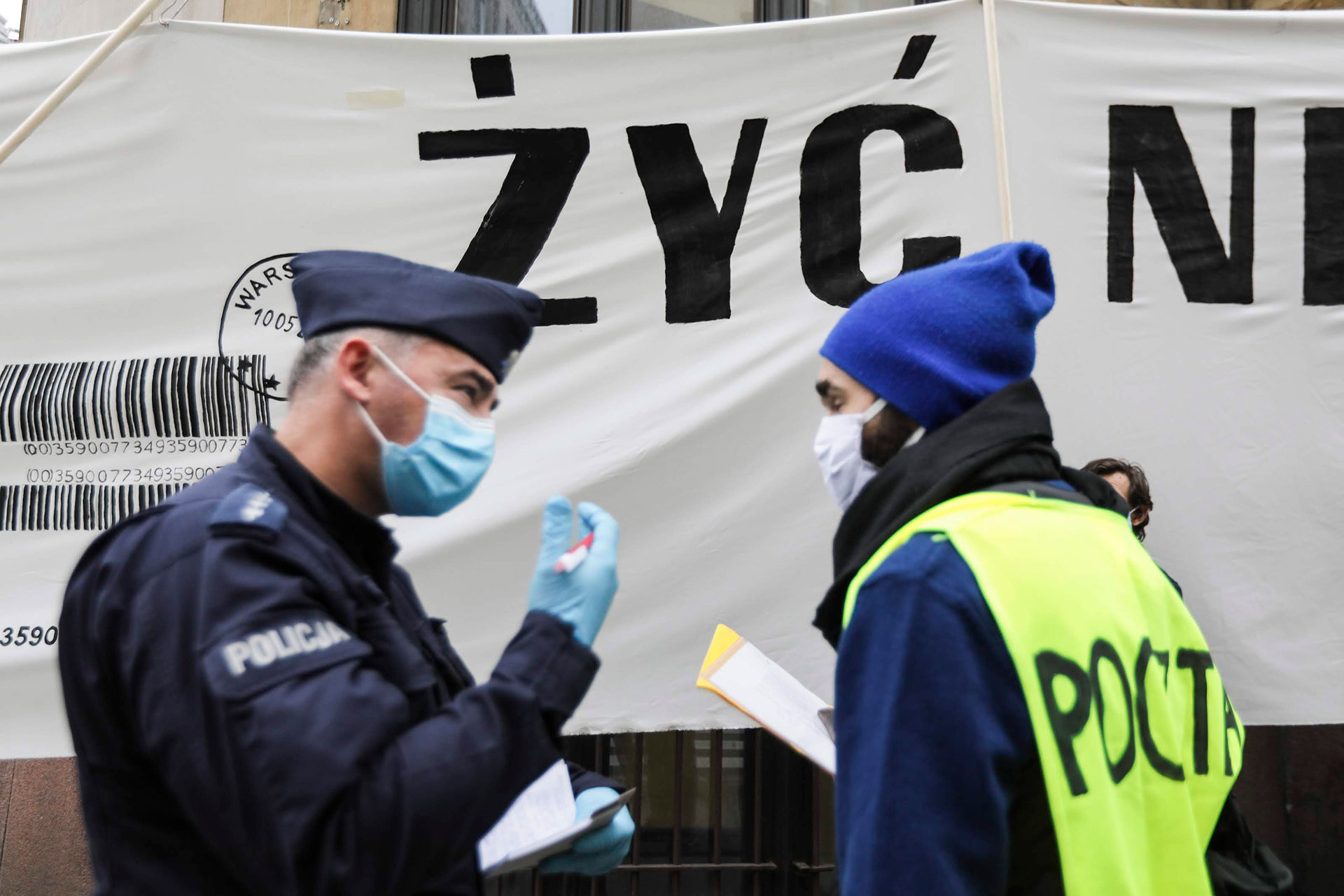 client
client
self initiated
work
work
The typeface ‘Transparent’ gained its name after its first use – on the transparent of the Artist led action ‘Letter’, a contemporary reenactment of Tadeusz Kantor’s 1967 happening.
On May 6, 2020, in the midst of a COVID-19 pandemic, a group of artists took a fourteen-meter-long banner-letter with the slogan ‘ŻYĆ NIE, UMIERAĆ’ [To live not, to die] from the Main Post Office in Warsaw to the Parliament, where the letter was delivered to the addressee: the MPs from The Opposition. The action was a gesture of artistic protest against the attempts to organise presidential elections to be conducted by postal ballot during the lockdown, a time overwhelmingly and unjustifiably favourable to the current government, ultimately putting the safety of citizens at stake. Shortly after the protest, the ‘Letter’ was acquired by the Museum of Modern Art in Warsaw for its collection.
The author of the letters used for the inscription ‘ŻYĆ NIE, UMIERAĆ’ is Kuba Rudziński, graphic designer from Berlin, owner of Studio Lekko and participant of the action. Kuba received an award in the Project of the Year competition organised by STGU, for the ‘Letter’ design and the Transparent typeface, in ‘The Social Impact’ category.

Jury’s verdict: The artistic action ‘Letter’ which was a criticism of the elections which, in the end, didn’t take place, referring to Tadeusz Kantor’s happening, became one of the activators of street protests. Not in a simple cause-and-effect dimension, but as a symbol that one should express her/his opposition even in these difficult times of the pandemic. The action itself, visually and substantially impeccable, was widely commented in the media, and all activities related to the physical objects remaining from the event – we have such an impression – increased awareness of what the protest is and what its consequences are. The jury appreciates the form – including the visual – of this intelligent manifestation of views, as well as the high culture of the dialogue with the authorities, despite the extremely unfavourable conditions.

The Transparent font is made available free of charge for other artists and activists who wish to use it in their works, at protests and in civil disobedience actions.

Transparent is a sans-serif, display typeface with modest contrast. It is broad, dense, technical in character, it derives from the lettering used on street signs, the structure is based on geometry. It was designed to be visible and legible from a distance. The typeface has no decorative details, thanks to which it is easy to apply on any surface with the use of basic tools. The typeface has a set of capital letters, figures, a set of Polish and German diacritics, basic currency symbols. All characters have the same height.

In 2020, Transparent was awarded in the Design of the Year competition organised by STGU (Association of professional polish graphic designers) in the “Social Impact” category.